Debris-covered glaciers exist in every glaciated region on Earth, from Alaska to Antarctica, and there are even similar features that are studied on Mars. Debris-covered glaciers are particularly common in young mountain ranges that are still uplifting, like the Himalaya or the Andes, because there are high rates of erosion that supply large amounts of debris (primarily rocks and boulders) onto the surface through rock avalanches, rockfalls and landslides. Debris layers tend to increase in thickness from very thin layers (a few millimetres) higher up on the glacier, to very thick layers (tens of metres) towards the terminus. The image below shows a debris layer approximately 5 metres thick above an ice cliff on Khumbu Glacier in the Nepal Himalaya. 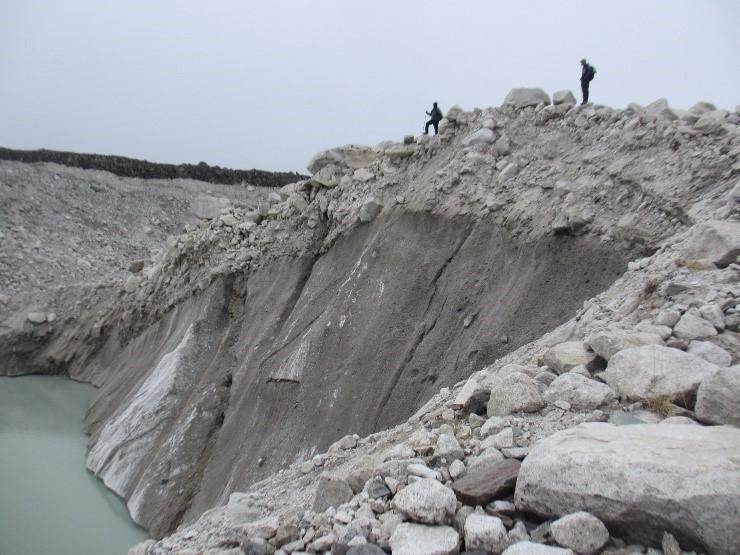 The surface of a glacier doesn’t need to be completely debris-covered for the glacier to be defined as a debris-covered glacier: a common definition is that the full width of a section of the lower glacier must be covered in some thickness of debris. Debris can also exist within the ice as layers, bands, or just random clasts, as can be seen in the next image within the ice cliff on Khumbu Glacier. The amount of debris within the ice can vary; glaciers that have so much sediment that the ice is effectively joining clasts together are referred to as rock glaciers. However, the amount of debris in ice can vary and the glacier may not contain any debris beneath the surface at all - we actually don’t know how much sediment exists within the ice for a lot of glaciers! 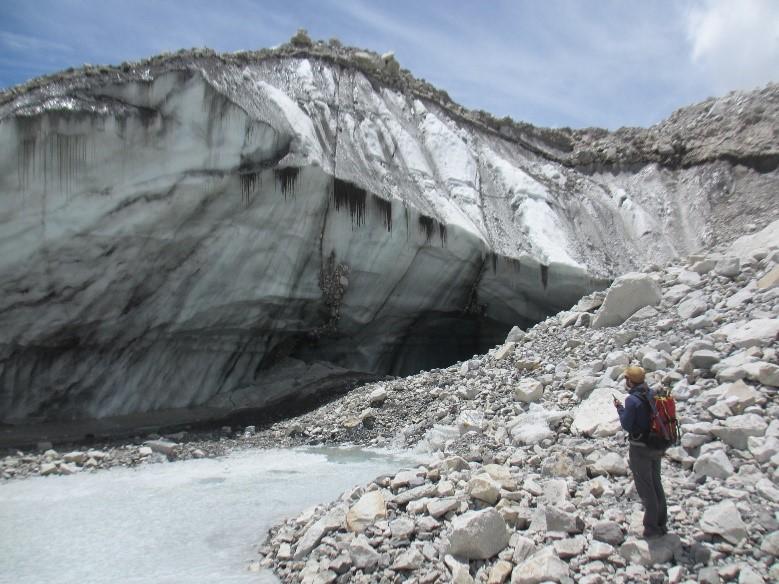 The debris layer affects the amount of melting that occurs on the glacier surface: a thin layer increases the amount of melt, whereas a thick layer acts like a blanket and insulates the ice from the sun’s rays, reducing melt. This produces some unique features on the surface of debris-covered glaciers that you won’t find on equivalent clean-ice valley glaciers, such as supraglacial ponds and ice cliffs. It also makes the surface topography very variable (“hummocky”), because of the different amounts of melt that occur depending on the debris layer thickness across the surface. An example of this complex topography is shown below, again for Khumbu Glacier: 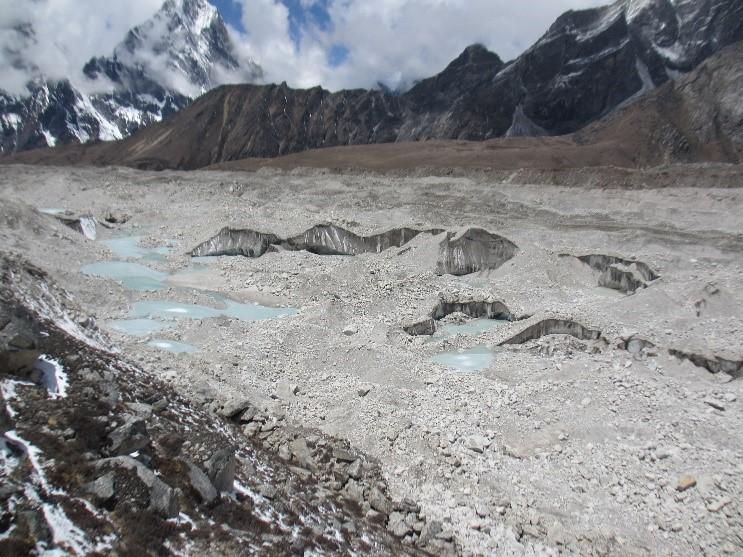 Another unique feature to debris-covered glaciers are glacial pedestals (see below), which is basically a very large boulder balanced on a pedestal of ice. This happens because the boulder is so large that the ice beneath it barely melts at all, while the ice surrounding the boulder is covered by a thinner layer of debris and melts much more quickly. The surface around the boulder therefore drops, leaving the boulder standing high above on its ice platform. Eventually, the ice beneath the boulder will also start to melt, and may become unable to support the boulder – at which point the boulder can slide off at any point and becomes rather dangerous! 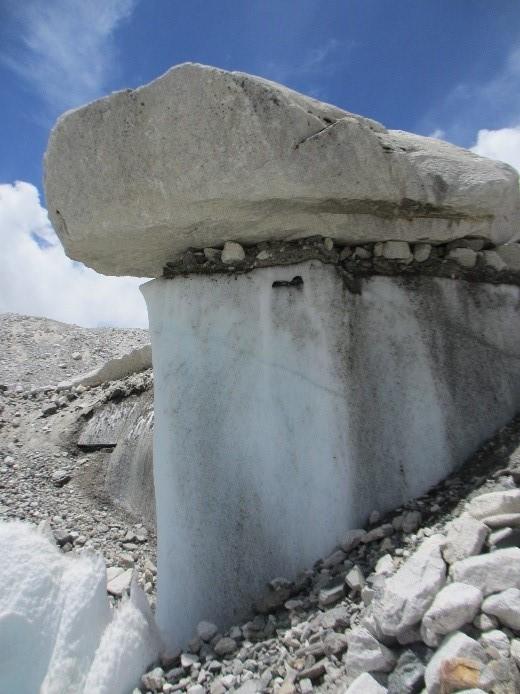 To see more features on the surface of a debris-covered glacier, you can explore the surface of Langtang Glacier in Nepal in the 3D model below, produced by FutureWater:

Langtang Glacier by FutureWater on Sketchfab